Fundraising news: Crondall Triathlon (it's the taking part that counts...)

The Crondall Triathlon has been one of the highlights of the village's social calendar for many years, being enjoyed by the many spectators and supporters (if not those taking part!).

David took part in the 2017 event with Emily, his youngest daughter Emily, just two days before he was killed. This year Emily took part again, this time with her mother and Andrew Barber. 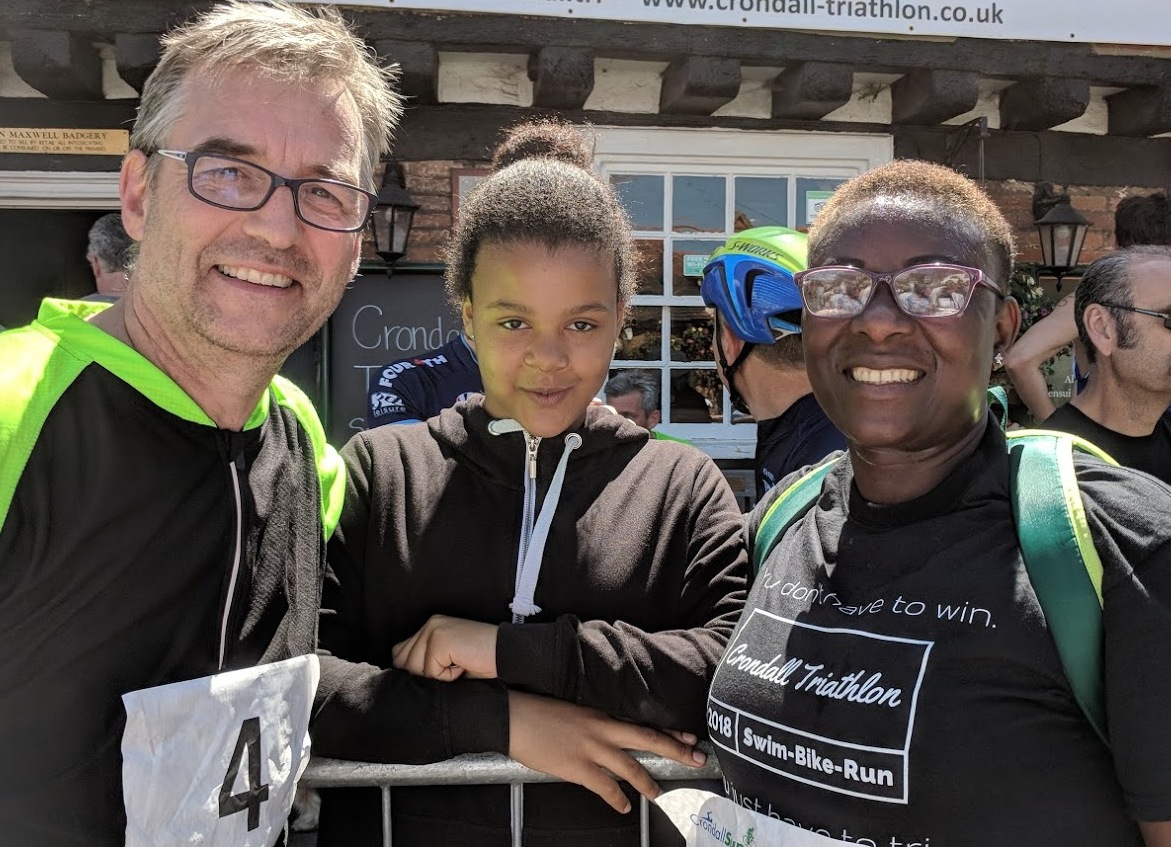 It all began swimmingly with Emily completing the 400 metre opening leg in the pool at Lord Wandsworth College in a good time before handing over to Andrew for the 20 km bike ride.

At this point it all went down hill as the bicycle's rear tyre was punctured about halfway around the course. Without a spare inner tube and being unable to repair the puncture, Andrew had to keep pumping up the tyre.

After several stops he eventually arrived, somewhat deflated, at The Plume of Feathers to hand over to Marceline to undertake the 5 km run.

Marceline finished the run in the blazing heat of the day in a very respectable time but, despite her valiant efforts, the team finished in last place, in one of the slowest times ever recorded in the event's history!

The day was never about winning or even being competitive. It was all about remembering David and raising further funds for the foundation.

We'd like to say a big thank you to everyone who sponsored the team and who cheered them over the finish line. Without doubt Marceline received the loudest applause everytime she past the pub on her three laps of the village circuit.

An awards ceremony took place when all the competitors were across the line, which included the presentation , by Marceline, of the David Hoyle Trophy for the best performance by a young person. This was given to Bobby Hart who had helped his team to fifth place!