Fundraising news: A talk on the life of General Sir Charles Monro

On Friday 11th January over 50 people attended a talk, in aid of the David Hoyle Foundation, regarding the life of Sir General Charles Munro, given by author Patrick Crowley.

Patrick served in the British Army for 34 years and is the author of 'A Guide to The Princess of Wales's Royal Regiment', 'Afghanistan - The Three Wars', 'The Infantry Regiments of Surrey', 'Kut 1916 - The Forgotten British Disaster in Iraq' and 'Loyal to Empire - The Life of General Sir Charles Monro 1860-1929'. 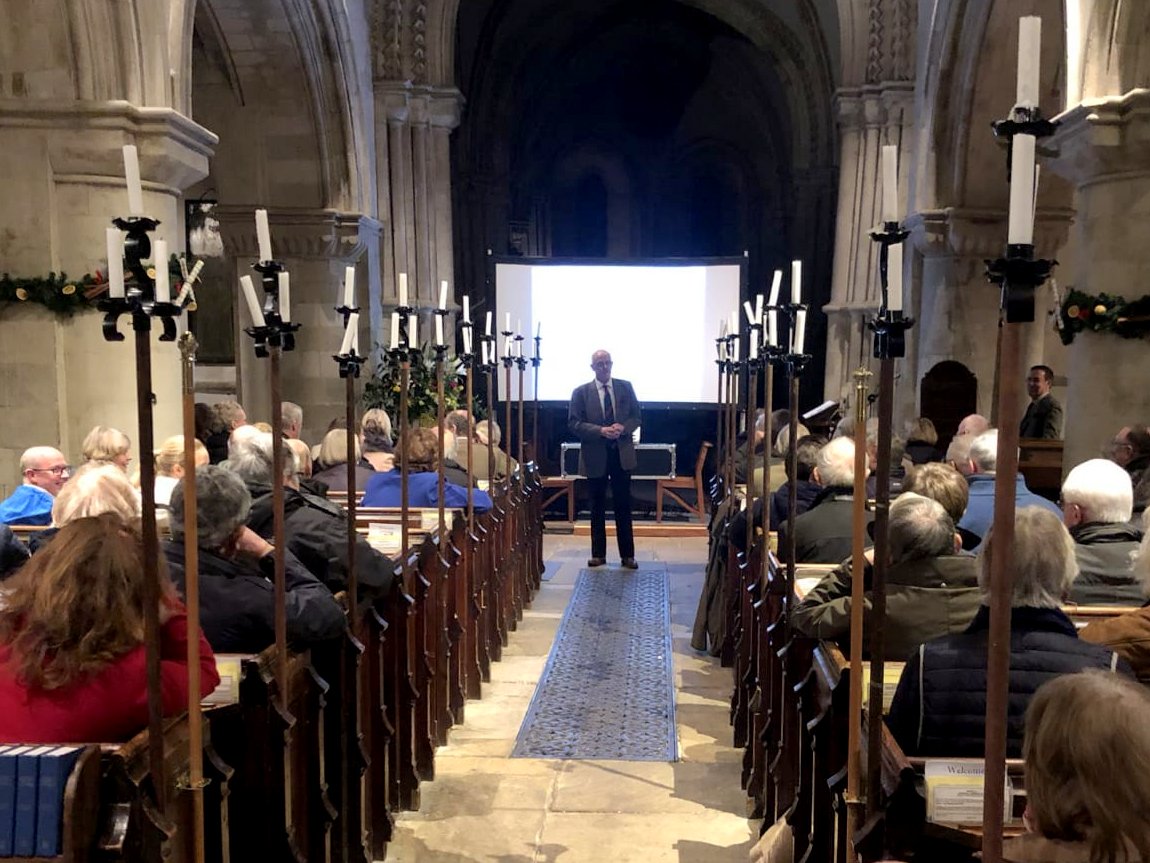 The talk took place in All Saints Church, Crondall and the audience heard all about the fascinating life of Munro, a senior officer in the British Army, who served in the Second Boer War, the First World War and later became Commander-in-Chief in India.

The well attended event raised over £500 for the David Hoyle Foundation.

Marceline said: "We are so very grateful to Patrick for generously giving his time to inform us about this important historic figure who had such an influence on the country."